skip to main | skip to sidebar

Beautifully crafted: The Art is In the Bottle

Sometimes we forget to slow down and smell the roses, or awards in this case.  This sounds awfully tasty... The experts at the IWSC in the UK really know a thing or three about taste.  At least when it's Super Premium! 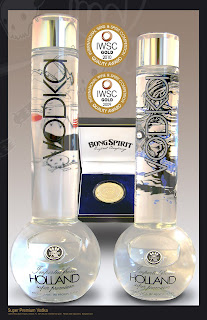